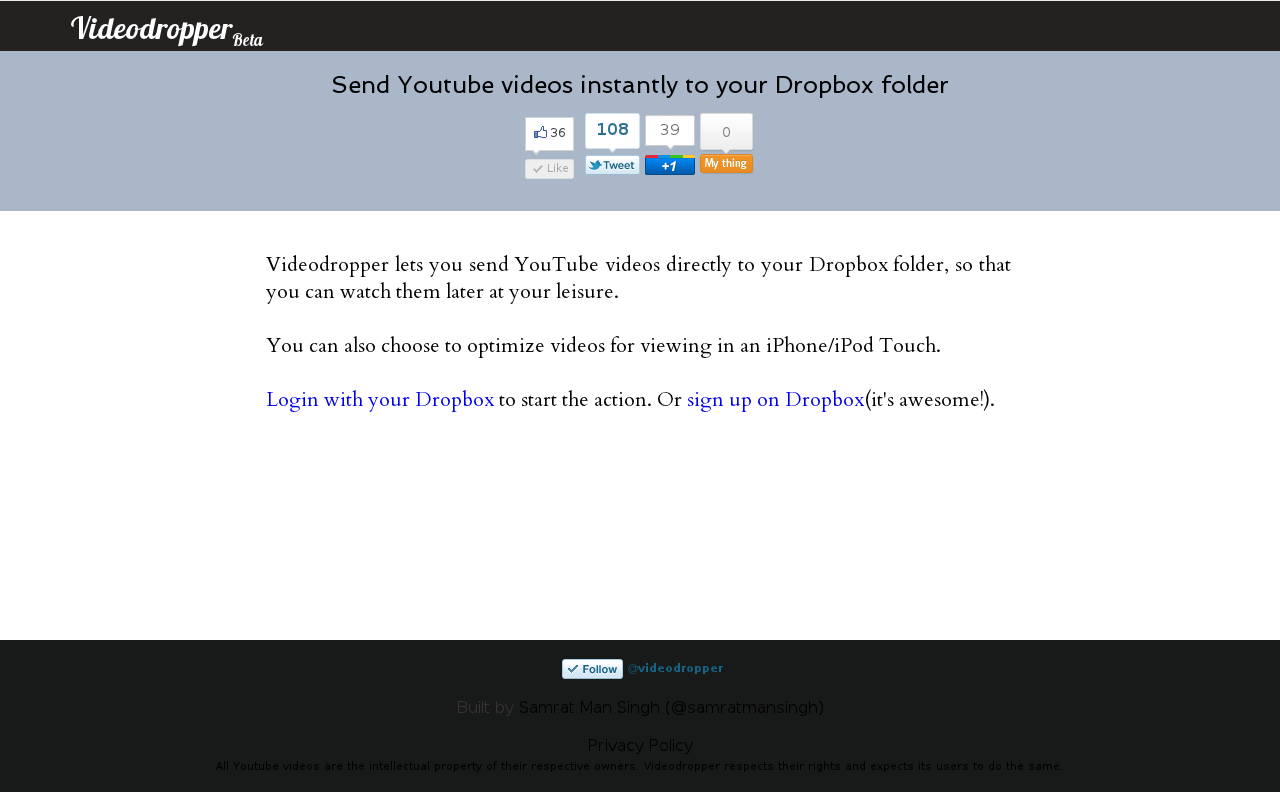 If you’re constantly troubled by having to wait for Youtube to buffer videos, or want to keep some videos with you so you can watch them again and again without wasting bandwidth, then I’ve just recently released a web service that lets you download videos from Youtube. But there are plenty of websites that already do that, why do I need another one?. What Videodropper(yeah, that’s what its called) actually does is it sends videos to your Dropbox folder.

Why send it to Dropbox?

How do I use Videodropper?

Using Videodropper is really easy. After linking Videodropper with your Dropbox account, you just copy the URL of the video you want to send, paste it into Videodropper and then send it. A bookmarklet is also being worked on in order to further simplify this process.

Note that Videodropper is still in Beta, so some of your videos may not get through properly, in case you notice any thing strange kindly send an email to samratmansingh@gmail.com or reach me on Twitter @samratmansingh

Instamator, which I released just a few days ago is now open source. You can find the source code on Github. Instamator is powered by Flask and makes use of Redis.

I have been wanting to create a serious web app for some time now, and I think I just did. Well, to be more accurate its a pretty simple web service. Let me introduce to you Instamator, it lets you easily grab and use the photos you’ve liked on Instagram, the popular photo-sharing app(for iOS devices only- but you can check Inkstagram for a web interface).

How does it do that? It produces feeds(JSON, RSS and text) about the photos you liked on Instagram which you can use to easily download all your Instagram “likes” or integrate on your website or blog.

Instamator was inpired by Flickmator, a similar web service built by Thomas Pelletier. It is powered by Flask, Redis and hosted on ep.io.